Which is better for AI - Python or R? 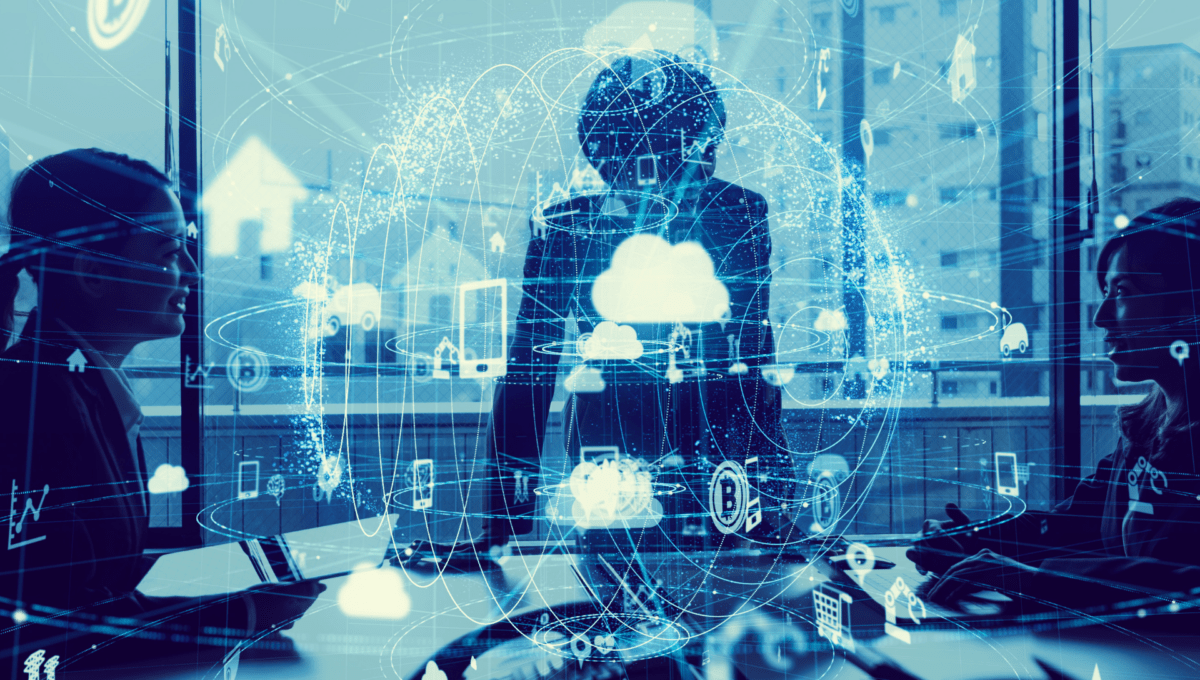 If you work in data science or analytics or plan to work in this area in the future, then you are surely familiar with the never-ending Python vs. R debate: which one is better for AI?

Meanwhile, R is steadily climbing the rankings thanks to its usefulness in data analysis and Machine Learning – it currently occupies the #12 position on the Tiobe Ranking.

So the question is – which one of the two should you be using for your data or AI project? Which is better for AI – Python or R? Or maybe both are equally good? Let’s find out.

What is Python? What is it used for?

In many ways, R and Python are actually pretty similar. Both are also great for all kinds of data science tasks – from data manipulation and automation to creating Artificial intelligence or working on big data. But those languages have their fair share of differences as well. For example, while Python is often praised for its easy-to-understand even for newbies syntax, R’s was built with analytics in mind, so it has tons of features for displaying data.

Let’s start by explaining the basics of each of the languages, starting from Python.

Python is a general-purpose, object-oriented language that puts a lot of emphasis on code readability. Since Python was developed in 1989, it might seem that it might no longer be useful, but that couldn’t be further from the truth. Python again placed first in Tiobe’s language popularity ranking for January 2022 after being ranked third in 2021. Pick any other language popularity ranking, and Python is likely to be at the top.

What makes it so popular? First of all, Python is very easy to learn. Because it uses an English-like syntax, it can be written much faster than other major languages like C/C++ and Java. The second advantage of Python is that you only have to write the code once, and then you can run it anywhere. If you add to that its vast libraries support and huge community, you can see why Python is a popular choice for beginners.

Python is also helpful when it comes to data science, as it offers a bunch of libraries such as Numpy, Pandas or Matplotlib that you can use for data analysis and manipulation or data visualizations.

What’s more, Python’s great for use in large-scale machine learning thanks to the multiple deep learning and machine learning libraries such as Scikit-learn, Keras, and TensorFlow. For example, you can use Python to add a face recognition feature into your mobile API or machine learning apps. What other benefits can Python offer?

What are the main advantages of Python?

But for all those benefits, there had to be some tradeoffs. For example, Python is generally used in server-side programming rather than client-side or mobile applications since it’s sadly pretty slow (because it analyzes the code line by line).  Python also uses a lot of memory for storing objects, so it isn’t very useful if memory optimization is a project requirement.

Is Python the best for AI?

Python developers are in high demand – mostly because of what Python language can do, especially when it comes to AI and machine learning. Programming languages for artificial intelligence need to be flexible, scalable, and readable, and Python code delivers all three.

First of all, Python’s code is concise and readable. While machine learning and artificial intelligence are based on complex algorithms and workflows, Python, with its easy-to-write code, allows developers to focus on solving ML problems rather than technical nuances of the language. That’s why many programmers consider Python to be more intuitive than other languages.

Other developers have also pointed out that Python has many frameworks, libraries, and extensions that can simplify the implementation of different ML features. In addition, because Python is a general-purpose language, it can handle various complex machine learning tasks and allows you to quickly build prototypes that can be tested for machine learning purposes.

What is R? What is it used for?

Now let’s talk a bit about the second language – R.

R is an open-source programming language developed in 1992. In contrast to Python, R was designed exclusively for data analysis and the development of software applications and data mining tools. Because of this specialization, R has several tools for statistical computing, data gathering, and visualization but also various data models and sophisticated tools for data analysis.

R also has a lot of packages already available. According to the Comprehensive R Archive Network (CRAN), there are more than 13,000 R packages available already, so whether you need a package for deep analytics or machine learning, you’ll easily find one in the R repository. For data science and machine learning, R language is especially useful as it supports:

Thanks to that, R is widely used by researchers from diverse disciplines to estimate and display the results of their research. As well as gathering and analyzing data, R packages can be used by researchers to organize research data, code, or share files as well.

What are the main advantages of R?

One of the bigger problems of R language though is that all objects are stored in physical memory. To function correctly, R needs to have the entire data in one single place, which is typically the memory. So for handling big Data, R might not be the best choice.

What’s more, R is a pretty complicated language to learn due to how different the coding rules are from other languages. What’s more, the number of packages available (some of which work only in a specific environment) can make things even more confusing. Because of this, R is mainly used by data scientists and researchers.

Is R programming good for AI?

R is often the favorite of data researchers, and for a good reason.

In general, R is used to analyze and manipulate data for statistical analysis. Among the many packages available in R, there are Gmodels, Class, Tm, and RODBC that are commonly used in machine learning projects. Using these packages, developers can quickly implement business logic and implement machine learning algorithms without a lot of hassle.

The language will also provide you with detailed statistical analysis, whether you are analyzing financial models or data from IoT devices.

Additionally, if your task requires high-quality charts and graphs, R is a good choice. With ggplot2, ggvis, googleVis, Shiny, rCharts, and other packages, R’s capabilities are greatly extended, allowing you to create interactive web applications.

Python vs. R for AI, Machine Learning, and Data Science

Now that we got the basics out of the way, it’s time to talk about how you can use R and Python for all sorts of data science tasks. What are the advantages and disadvantages of both?

Advantages of Python for data science

Several activities are involved in data science, such as computing statistics, building predictive models, interacting with data, building explanatory models, data visualizations, and integrating models into production systems. With Python, data scientists have access to libraries that help them do all these things. So is Python the best language for data science and AI? First, let’s look at the main advantages:

Disadvantages of Python for data science

While the capabilities of Python continue to grow, there are still some significant limitations to overcome when using it for data science or machine learning.

Advantages of R for data science

Millions of data scientists and statisticians use R to solve statistical computing and quantitative marketing problems. Companies like LinkedIn, Twitter, Bank of America, Facebook, and Google use R to finance and business analytics. Why exactly?

Disadvantages of R for data science

Is it better to learn R or Python?

So which one out of the two is better? Which nie should you learn? Both R and Python can be handy for your project, but each of them excels in different things. To choose the right language, you should consider for what you intend to use the language.

If you are working in the scientific field, for example, or if you have experience with other scientific programming languages like MATLAB, then you might consider learning R language (for example, from YouTube tutorials or R community groups) as it would be simpler and more intuitive for you than Python.

Meanwhile, Python would be the language to go with if you are a software engineer proficient in other languages such as C/C++ and Java but would like to move into Data Science.

Generally, Python is better for:

While R works best for:

It would also be worth checking which programming language your colleagues use most often. For benefits, you would be able to share code with your colleagues and ask for assistance with the code whenever you have any troubles with it.

It doesn’t mean, though that you should only use one or the other – quite the opposite. For example, many tools, such as Microsoft Machine Learning Server, support both R and Python, and many organizations now use a combination of both languages.

For example, you can use R in the initial phase of your project for necessary data analysis and to make visualizations of the results. Once this is ready, you can use Python to build your model. That way, you would be getting the best of both worlds.

So it’s not so much as “which language is better” but more of “what can you do with each language.”

Is R and Python enough for data science?

R and Python both have advantages for data science machine learning projects. Python does better when it comes to data manipulation, and repetitive work, and the ease of working with it might visibly speed up your work (and give you a cleaner code as well). But if what you need is to focus on gathering, analysing, manipulating and visualizing your research data, then R is a good choice.

The ultimate choice depends on what you want to achieve – if you choose this way, you are sure to find the correct language for your project. Read more about software & hardware development solutions here or visit our Blog. 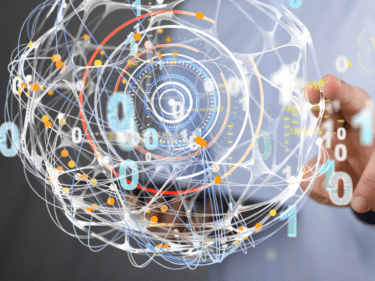 Top 10 tech trends for the next ten years: Is your business prepared? 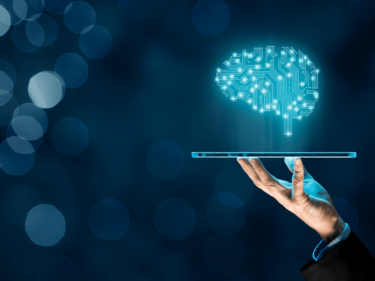 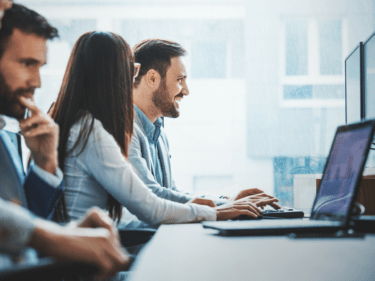 Business insightsSoftware development
Got question or enquiry?
Leave your email address and we'll be in touch soon.
Manage Cookie Consent
We use cookies to optimize our website and our service.
Manage options Manage services Manage vendors Read more about these purposes
Preferences
{title} {title} {title}